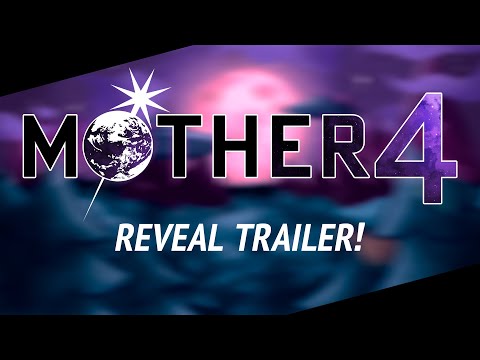 Because Saber requires me to wait after my final exams to review, plus the mental capacity to deal with it, I decided to pad out the time with this out-of-nowhere post! This time, it’s my thoughts on a newly revealed Mother 4 fan project, perfect for the winter season.

I know the people reading this know about the original Mother 4 project, or at least have heard of it, so I won’t delve far into its history. But it is known that the original was later retitled into Oddity, with its release date pushed back to who-knows-when. On the one hand, it’ll very interesting to see what this new take will be as a spiritual successor without the references to original franchise, and I do think it was a better decision that it became its own thing since the team worked for many years on it. On the other hand, it meant that the fan’s continuation of the series wouldn’t come to fruition, and the wait for so many might have felt unsatisfied now with this rebranding.

But now, a new team is coming in with their own struggle to create their version Mother 4! I was completely blind sighted by this reveal because, when I saw the thumbnail, I didn’t think much of it besides a “fan trailer.” Watching it for the first time was a surprise to me because I didn’t expect it to be an actual new game. I was left with both excitement and fear, but I’ll cover that after an analysis of the trailer.

The Trailer: Watch the Trailer Here

Right away, the visuals scream “Mother,” but come across as an “HD” evolution of Mother 3’s graphics at the same time. It starts off exactly like Earthbound as our protagonist, Aaron, is sleeping in his house at night. Just then, something can be heard falling towards the earth. But, as a subversion of expectations, the object zooms past the window in a large flash of white light. Already, this fan-game is taking us back to the alien roots that started the original Mother.

With the way the location resembles one of Ness’s Sanctuary, I’m starting to ponder if the story of the game revolves around finding out about the events of Mother 3, since that game’s McGuffin was needles. These new ones appear in the logo of the game, signifying their importance. I also think that, since many theorize that the Mother series is in some kind of loop, it’d be cool if this game plays on that idea to become both a sequel and a prequel at the same time. Now if I just spoiled it later down the line, do not call me a prophet.

We then get a first look at the world, and the first thing that’s interesting is that it’s America, the world in the first game. As a theory, this suggests that this is either a prequel of Mother, maybe around the time George returns to Earth, or that this is the recreated world after Mother 3. After a look of our characters, which the art resembles the American clay models of the Earthbound/Mother 2 gang, we get a look at something peculiar. In a cave, we see a needle in the hands of some buried stone person. The trailer tells us that the characters are “discovering Ancient History.”

Finally, story wise, the end shows the new Earth design within the logo, with one of the pins inside of it. Then, a bunch of UFOs zoom on in to hover above the forest, reinforcing their return. Whoever this species is, they’re probably up to no good. I’m really interested in what will come with what the trailer shows.

In terms of everything else, the game succeeds in being very “Mother.” We’re back with 4 main characters: the MC (Aaron), the mechanic (Maggie), the loner (Troy), and some flower girl (Triste) who will probably pray or something. I can only imagine the fresh hell that awaits at the end if she does have the pray option. In my opinion, I’m not a big fan of Aaron’s design. Not to fully compare with Oddity, but what I like about Travis’ character design is how unique of a design he has, aka the brown hair. Put him next to the others and he stands out. Aaron just resembles Lucas. It was cute and funny with Ninten and Ness, but it just feels uninspired here. Hell, some of the fan art portray him as an inverted Lucas (Go to the Mother 4 twitter to see what I mean). Unless this was intentional, proving one of my theories, where he’s somehow Lucas’s kid or descendent, his design is very lazy. The others have that very cute design aspect that comes with Mother while bringing something new to the table, especially Maggie. The enemies are as weird and humorous as they should be, especially Paper Boy. I always love a good pun in a Mother game, and this game delivers. Lastly, the locales are the standard snow, town, and desert places, but I’m getting a western vibe from this world. It’d be interesting if it goes that route, with some possible western references. All in all, the trailer manages to bring familiarity while being something fresh as well.

Why I am Worried

It’s no surprise that Nintendo fan games aren’t “beloved” by their parents. One of the more infamous examples is Another Metroid 2 Remake, a fan game made for the same reason Mother fans make fan games: they want something dammit! You can still download it, but Nintendo made sure all official download spots stopped. This is just one example, but it’s now common knowledge that the company can get pretty strict when it comes to fan games. Oddity probably changed from being Mother 4 because they feared all their years of hard work could be stopped like that.

This is why I am very worried about this fan-game. Spiritual successors are what the community have, such as Omori and Undertale, but people really want a new installment in the Mother franchise even if Itoi stepped down from that, possibly forever. When you know the hell that many games went through, it’s easy to see why. Mother 4 can be that for fans, hell it’s promising it will, but it would really suck if Nintendo brought the hammer down or if this studio decides to rebrand in fear of that. Spiritual successors are great, but the fans are the only people really willing to continue the franchise. Nintendo sure seems to not want to, even when the 30th anniversary came and went.

I understand that the team did address this concern in their own website, making the point that only fan remakes and controversial games get strikes, but I’m still worried about that being proven wrong. Who knows really; maybe I’ll be the one looking dumb? So, I really want this project to succeed, that way the Mother fans will have the spiritual successor and the “next” game in the series.

I’m looking forward to cry at the end, and maybe you will too. Idk, do what you want.

P.S Listen to the soundtrack being released on the official Mother 4 youtube. It’s incredible.

I am an aspiring writer working on one book, but also on a blog and short stories for my website. I like writing about horror, comedy, and fantasy, but I am not picky on a genre as long as it interests me. On my spare time, I like to read, play video games, watch anime and various shows and movies, and live life to the best of my ability. View all posts by penname2001